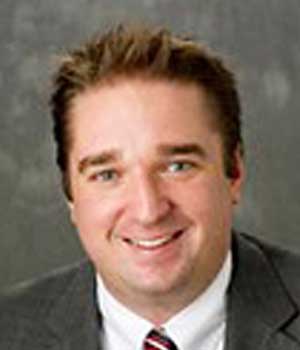 Bryan W. Boudouris is a Professor of Chemical Engineering in the Charles D. Davidson School of Chemical Engineering and a Professor of Chemistry (by courtesy) in the Department of Chemistry at Purdue University. He received his B.S. in Chemical Engineering from the University of Illinois at Urbana-Champaign in 2004. After receiving his Ph.D. in Chemical Engineering from the University of Minnesota in 2009, he conducted postdoctoral research from 2009 to 2011 under the supervision of Professor Rachel Segalman at the University of California, Berkeley and Lawrence Berkeley National Laboratory. He has been a member of the American Physical Society (APS) for over a decade. His group's current research interests include the design, nanostructural characterization, and implementation of polymers and soft materials in applications that encompass: energy conversion and bioelectronic sensing devices; membranes with high fluxes and high selectivities; high-performance gas sensors; and the creation of photopolymerized materials using continuous 3-dimensional (3D) nanoprinting. Since its founding at Purdue University in 2011, his team has been the recipient of a number of awards including the DPOLY-UKPPG Lectureship, the AFOSR Young Investigator Program Award, the DARPA Young Faculty Award, the NSF CAREER Award, the AIChE Owens Corning Early Career Award, and the Saville Lectureship at Princeton University.

About the John H. Dillon Medal

The medal was established in 1983 by The American Physical Society and the Division of Polymer Physics (DPOLY). Beginning in 1997, sponsorship of the medal was assumed by Elsevier, Oxford, UK., publishers of the journal, Polymer.