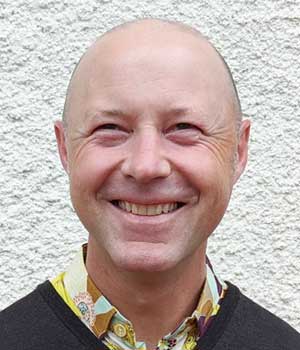 For the development and application of ultrafast, nonlinear visible and infrared spectroscopies and pioneering the use of pulse shaping techniques in the infrared, enabling insightful studies into chemical, biological, and materials systems.

Martin T. Zanni is the Meloche-Bascom Professor of Chemistry at the University of Wisconsin-Madison. He received Bachelor?s degrees in chemistry and physics from the University of Rochester in 1994. His PhD was from the University of California-Berkeley in 1999, working with Dan Neumark, and he was an NIH Postdoctoral Fellow at the University of Pennsylvania with Robin Hochstrasser from 2000 to 2002. He is one of the early pioneers of 2D IR spectroscopy and has made many technological innovations that has broadened the capabilities and scope for a wide range of multidimensional spectroscopies and microscopies. He utilizes these new techniques to study topics in biophysics, chemical physics, photovoltaics, and surfaces. He has received many accolades for his research. Notably, he is the only person to have received the ACS Nobel Laureate Signature Award as both a student and a mentor and the first person to receive both the Craver and the Coblentz Awards. Most recently, he was elected into the American Academy of Arts and Sciences. He founded PhaseTech Spectroscopy Inc., which is the first company to commercialize 2D IR and 2D Electronic spectroscopies.

About the Earle K. Plyler Prize for Molecular Spectroscopy & Dynamics

The Plyler Prize recognizes notable contributions to the field of molecular spectroscopy and dynamics.

This prize was established in 1976 and is now sponsored by The Journal of Chemical Physics, an AIP Publishing journal.