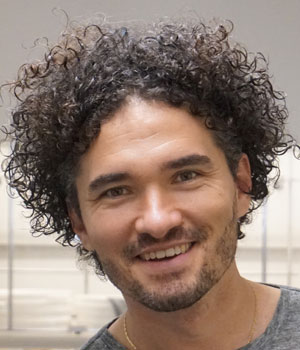 Recipient of the 2020 Early Career Award for Soft Matter Research

For imaginative synthesis of complex colloidal materials that have spurred important new inquiries and paradigms for assembly and control in soft matter.

Stefano Sacanna graduated in Chemistry from the University of Bologna (Italy) in 2003. He obtained his Ph.D. (cum Laude) in Physical and Colloid Chemistry from Utrecht University (The Netherlands) in 2007. In 2008 he joined the Center for Soft Matter Research at New York University as a postdoctoral fellow. In 2013 he moved to the Molecular Design Institute at NYU where he is currently an Associate Professor in the Department of Chemistry. His research interests include synthesis and design of colloidal model systems, self-assembly, nanostructured and active materials. Stefano is a recipient of the NSF CAREER Award and the Human Frontiers Science Program Young Investigator Award.

About the Early Career Award for Soft Matter Research

The Soft Matter Award recognizes outstanding and sustained contributions by an early-career researcher to the soft matter field.

The award is generously sponsored by Solvay.